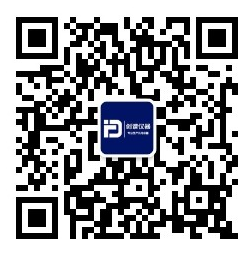 In the production of semiconductor devices, dozens or even hundreds of processes have to go through from a single semiconductor wafer to the final product. In order to ensure that the product performance is qualified, stable and reliable, and has a high yield, according to the production situation of various products, all process steps must have strict specific requirements. Therefore, corresponding systems and precise monitoring measures must be established in the production process, starting with semiconductor process inspection first.

Wafers are silicon wafers used to make silicon semiconductor integrated circuits. The original material is silicon. High-purity polycrystalline silicon is dissolved and mixed with silicon crystal seed crystals, and then slowly pulled out to form cylindrical monocrystalline silicon. The silicon ingots are ground, polished, and sliced to form silicon wafers, that is, wafers. The semiconductor industry's requirements for wafer surface defect detection generally require high efficiency and accuracy, which can capture effective defects and achieve real-time detection. The more common surface detection techniques can be divided into two categories: needle contact method and non-contact method. Contact method is represented by needle contact method; non-contact method can be divided into atomic force method and optical method. In specific use, it can be divided into imaging and non-imaging.

The probe station can absorb multiple specifications of chips, and provides multiple adjustable test pins and probe holders. With measuring instruments, it can complete the detection of integrated circuit parameters such as voltage, current, resistance, and capacitance voltage characteristic curves. It is suitable for the purpose of conducting scientific research analysis, spot check and testing on the chip. The probe station is an auxiliary actuator. The tester puts the device to be measured on the chuck of the probe station. With the cooperation of the microscope, the device is moved X-Y to find the position to be probed. Next, the tester controls the front probe (RF or DC probe) by rotating the XYZ three-way knob on the probe holder to precisely pierce the test point, so that the signal line is connected to the external tester, and the The tester of the testing machine can obtain the required electrical performance parameters.